HOW DO THEY DO IT?: Where grease goes after the fryer

As a "grease ninja," Dylan Gehrken has a dirty job. He's the founder and president of Greasecycle, a Raleigh-based company that recycles used cooking oil and kitchen grease, turning it from a smelly waste product into biodiesel, compost and clean water. _It might not be the most glamorous business, Gehrken said, but his company prevents grease from entering the wastewater system and contaminating the environment. It's important, he said.

Gehrken founded Greasecycle in 2009, and since then it has grown to cover about 1,800 restaurants across the state, including 42 in Sanford.

Gehrken spoke to The Herald recently about where the grease goes after it leaves the kitchen, and what it's like getting the job done._ 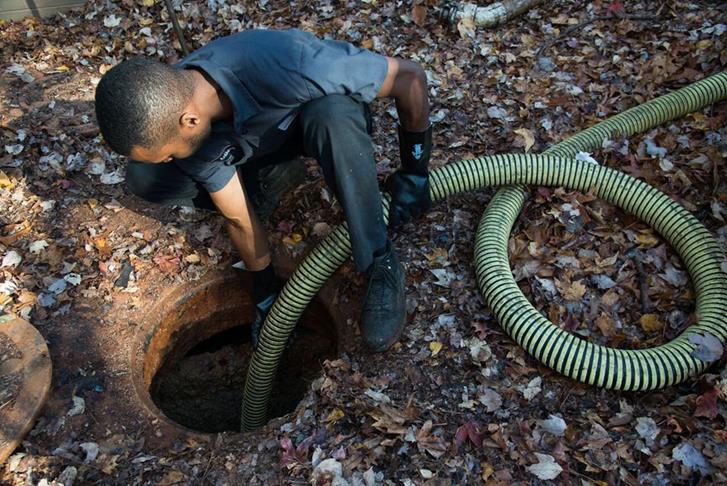 We go around to restaurants and collect used cooking oil that comes out of deep fryers. So, you know, after you go to a seafood restaurant and they deep-fry flounder and fish, or french fries, hushpuppies for you, eventually the oil gets dark and kind of burned up and makes the food less crispy and more oily. (Restaurants) have to throw out the cooking oil it's fried in.

So they clean out the fryers and pour the grease into one of our grease Dumpster that we put behind the restaurant. Based on the size of the restaurant, we send a vacuum truck out there once a week, once a month or once every two months. We collect (the grease) and we actually pay the restaurants for it because it's a valuable by-product.

We bring (the grease) back to Raleigh and we heat it up with high-pressure steam, filter it and purify it. And then we sell that rendered, used cooking oil to biodiesel companies. It gets further processed at a biodiesel plant, turned into fuel that is blended in with traditional diesel. Most diesel trucks on the road today run off a small portion of biodiesel, it's kind of blended in with all diesel.

The water and food solids that are leftover -- we compost the food solids and it gets turned into a fertilizer, and then we have a wastewater processing permit, where we're able to process the water and then discharge that to the city of Raleigh.

The other thing we do is we pump out these things called grease traps. A grease trap is kind of like a septic tank, it's an underground tank that's about 1,000 gallons. Any water that goes down the drain in a commercial kitchen has to go through a grease trap before the water can then pass safely into the sewer system.

Towns like Sanford require that all restaurants have grease traps and that they get pumped out at a certain frequency to make sure grease stays out of the sewer system. We pump that out and we bring it back to our plant and we render out the brown grease, and that gets turned into bunker fuel for ships.

We're kind of the opposite of a factory, instead of a chair factory that takes wood and nails and metal finishings and makes a chair out of these component parts, we take in an environmentally nefarious mixture and split it into its component parts.

How does the grease recycling process work?

Step one is (the grease) goes through a coarse screen, and we'll fill up a 20,000 gallon tank, which is a big tank.

There's a submerged heat exchanger inside the tank that steam goes into. By heating (the grease) up, you reduce the friction between the different components of this material. So essentially you heat it up to make it more slippery, so the light stuff can float easily and the solid stuff can sink more easily.

It's kind of like a salad dressing you shake up, and when it's cold it will stay in emulsion, it'll stay mixed up. But if you take that mixed-up salad dressing and you put it out in the sun, as it heats up, the oil will start to form on the top and all the spices will congregate on the bottom. So we do that on a very large scale.

Once we have 6,000 gallons of good stuff that flows to the top, we'll pull from that portion of the tank. It's reacted with a chemical called methanol and it creates a methyl ester, and that's chemically very similar to diesel fuel, it's combustible.

The water and food solids that are left over, we mix those up and then we reduce the acidity, we change the pH of it with this stuff called hydrated lime. And then we inject it with (something that) acts like a magnet, it pulls lots of teeny-tiny little particles together to form these things that kind of look like snowflakes, and they separate from the water. They're called flocks.

Once we have the water and the flocks mixed together and the pH has been adjusted, we pump it into these big roll-off boxes called dewatering boxes, and the solids stay in there and dry out and the water drains out the side of these boxes that are lined with these mesh filter screens.

The clean water is discharged in the sewer system and then the solids build up and become a solid cake and that gets hauled to a composting facility.

What kind of reactions have you gotten while on the job?

I've been pumping a grease trap and someone comes out of the back of the restaurant and they're like "Oh my God, that stinks, how can you stand this?" and they just slam the door and go back inside. I'm like "Thanks, dude, I'm just doing my job that I'm proud of."

It's kind of embarrassing, to be honest. You're doing a job and the people around you that smell it and see it, they're literally fleeing the scene.

We start at 4 a.m. and we try to minimize the disruption to the restaurants, because they're trying to serve food. We're kind of like grease ninjas in the night, just coming in, doing the job and disappearing into a veil of mist.

They pay millions of dollars every year to maintain hundreds of miles of sewer lines, and so we can keep the grease out of there and turn it into a renewable fuel and compost, instead of an environmental and public health hazard. It's kind of a win-win.

It's interesting to me because it's kind of like this intersection between agriculture, energy and water conservation. It sits on three really important parts of the environment and kind of what humanity needs.

Humanity needs energy and agriculture and fresh water, and this business has them all.