Foods That Should Never Go Down the Drain

As a restaurant owner, you likely deal with food scraps left over on plates. This is fine – but it’s important that the scraps don’t find their way into your drainage system.

Foods that go down the drain can cause many problems, such as costly blockages in your sewer pipes.

In this post, we are going over some foods that should not be going down your drain.

If your restaurant serves meat, then you’ll definitely need to be careful with how you dispose of the meat bones.

Throw the bones in the trashcan, not the sink.

Heavy bones are hard to break down and may mess up your waste disposal unit.

Fiber is widely considered very healthy for our bodies, but the same cannot be said about the presence of fibrous foods in your sink or garbage disposal.

Asparagus, celery, and corn husks are examples of stringy foods that should never find their way into a waste disposal unit. They can mess with the blades and break the motor. This can cause clogging, which is not great in any drainage system.

For such foods, throw them in the trash can. 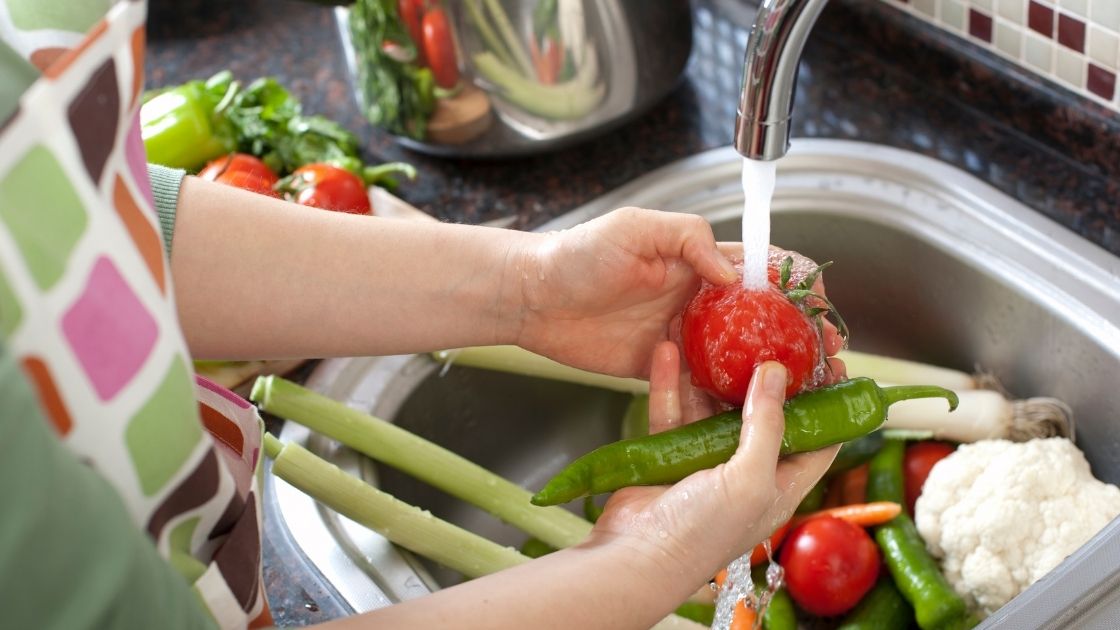 Most groceries, especially fruits, come with a sticker as a mark of quality or for branding purposes. These tiny pieces of non-soluble waste can easily wash down the sink as you wash your fruits.

It may seem like they won’t cause any trouble, but the more they go down the drain, the more they build up and stick to the pipes.

So, always remove those stickers from your groceries immediately after unpacking and dispose of them in a bin.

Wheat flour is one of the most widely used ingredients in the kitchen. Every restaurant kitchen deals with a large quantity of flour for their vast range of foods.

As harmless as it seems sitting on the countertop, it can cause havoc if it finds its way into the drainage.

Flour becomes a sticky paste when it mixes with water. Letting flour spill down the sink is a sure catalyst to clog the pipes. It is probably unavoidable to have a small amount find its way down there, which can get washed away by a continuous flow of pressured water.

However, if it spills in large quantities, you better start calling the plumber.

Dumping seeds, grains, or pits down the waste unit is a recipe for disaster.

Some seeds can absorb up to more than twenty times their weight in water. Chia seeds, for instance, have sent people to the hospital for drinking water after swallowing them because they expand so much. Imagine what damage they would do if you tossed a bunch of them down the drain where water flows regularly.

The other seeds you should probably dump into the trash bin rather than the sink are apple cores, kernels, and cherry pits. 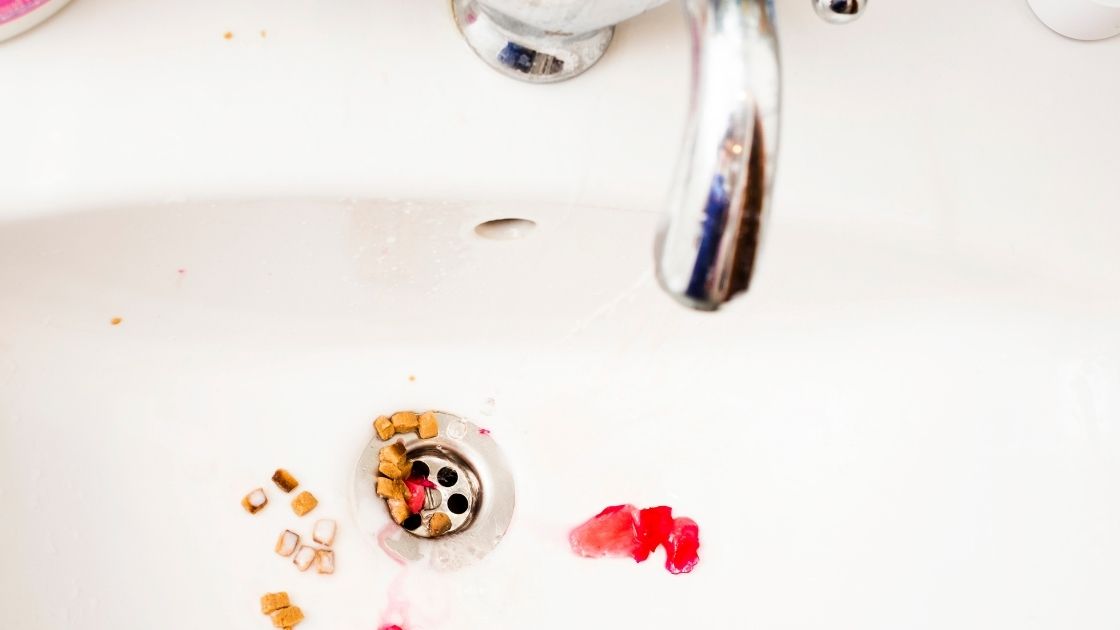 Pasta and rice are a staple in most kitchen restaurants and at home.

While one or two grains of rice may not bring the world to a halt, don’t ever make the mistake of tossing a botched pasta or rice recipe into your disposal unit.

They absorb water and expand due to high starch levels. Overtime, this will lead to clogs as they blend in with other waste.

Grease never looks like it would cause problems in its liquid state as it slithers down the sink. But after cooling and solidifying, it builds compact masses. This, along with the other debris and particles in the drain, creates serious clogs.

It is one of the most common causes of blockage on sewer lines and a universal plumbing headache. So, you definitely don’t want grease going down your drain.

But a buildup of grease in the drain is common. That’s why drainage cleaning services, like Grease Cycle, exist!

For kitchen restaurants dealing with large quantities of grease, saving it is a better option than pouring it down the sink. You can find established green companies such as Grease Cycle that purchase used grease and oil for recycling.

Also, rather than pouring grease down the drain, installing a grease trap helps inhibit clogging from excess grease. If you have any trouble with your grease trap, Grease Cycle can assist with grease trap cleaning and pumping to keep things running smoothly. 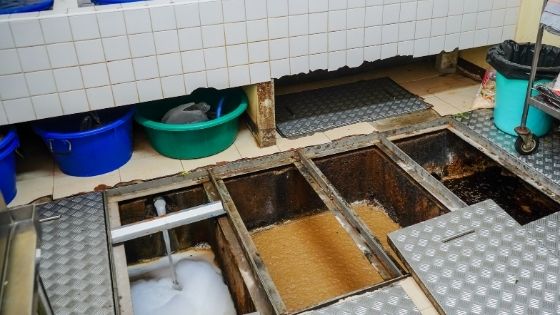 Do you often deal with leftover food scraps at your restaurant?

It’s normal that the restaurant visitors may leave some food left on their plate. However, it’s crucial that this food goes in the garbage can rather than down the kitchen sink.

When food goes down the drain it can block your sewer pipes.